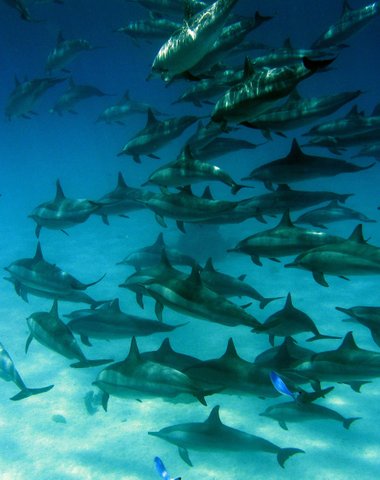 Behaviour of the spinner dolphins was monitored both on days when tourist boats were present and on days when they were absent using Marcov chain modelling.

Tourist activities affect the transition probabilities between dolphin activity states from resting to milling, or travelling, from milling to travelling or avoiding, and from travelling to avoiding. 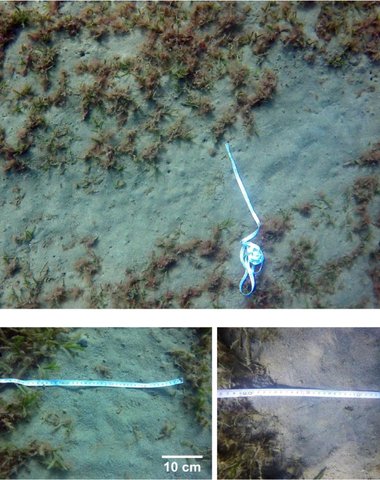 Evidence of the occurrence of a large dugong in the Red Sea, Egypt

Three feeding trails of a large dugong with a width of 30 cm were recorded at 11 m depth at Marsa Hermez off the Egyptian Red Sea coast on the 23rd of January 2019. 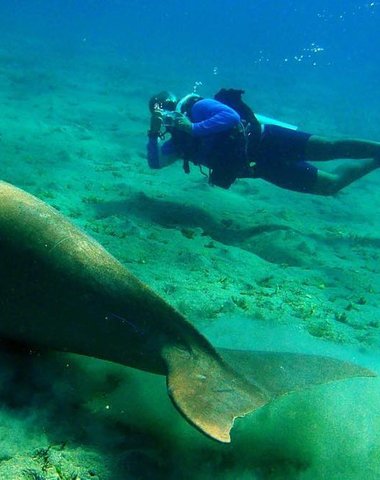 Using underwater photo identification, an ID catalog was prepared for the dugongs with records of their occurrence among sites, Red Sea, Egypt.

A total of 30 dugongs were recorded at the southern Egyptian Red Sea coast between December 2015 and October 2017, 16 at Marsa Alam and 14 at Wadi El-Gemal National Park. 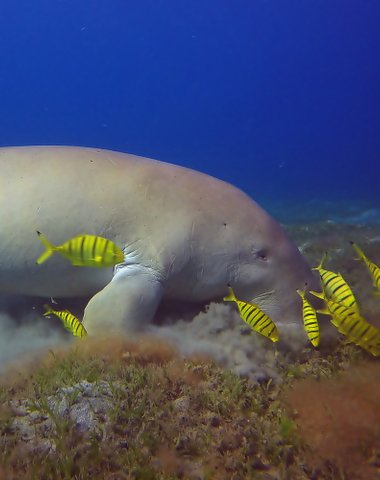 Research on dugongs in the Red Sea began with largely anatomical and physiological work on dugongs that were accidentally killed or purposely netted.

Currently, largely to observations of live dugongs in the wild and to data that can be collected underwater during SCUBA diving, snorkeling, and stranded carcass. 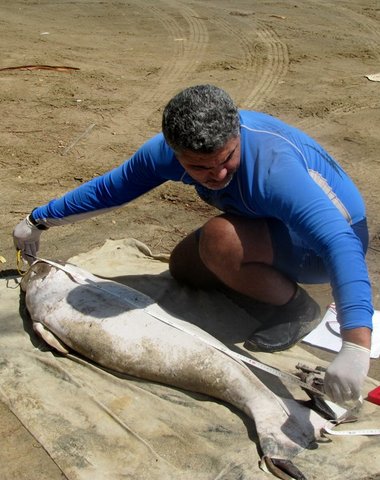 A male dugong calf of 120cm long was observed in Wadi El-Gemal National Park on September 29th, 2015. It was released back to the sea but was found dead on October 4th, 2015. Photo ID confirmed the individual. The time budget of behavioural activities was recorded before and after stranding.

After stranding, the calf surfaced to breathe, rest more, and travel less. It died 12 days after the first observation on September 22nd. All possible measurements were taken. 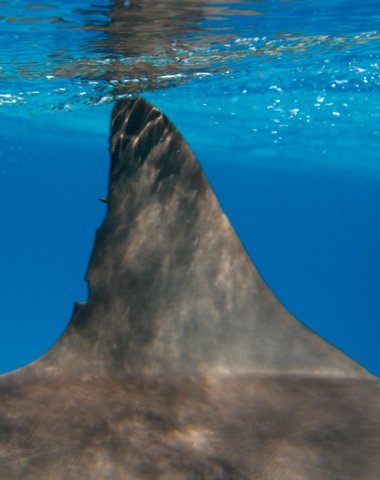 Estimation of the abundance of the spinner dolphin using photo ID 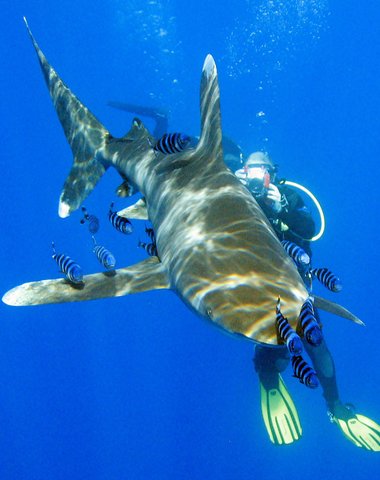 Human impact on the presence of sharks at diving sites, Red Sea, Egypt 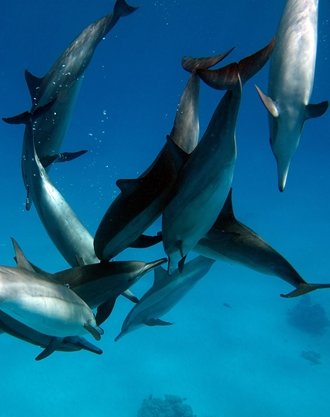 Data on dolphin behaviours were collected from October 2005 until September 2006 using surface observation.

Four objectives were studied and reported:

(1) arrival and departure time of dolphins, (2) distribution of dolphin movements within the lagoon, (3) aerial behaviour, and (4) human effects on dolphin behaviour.